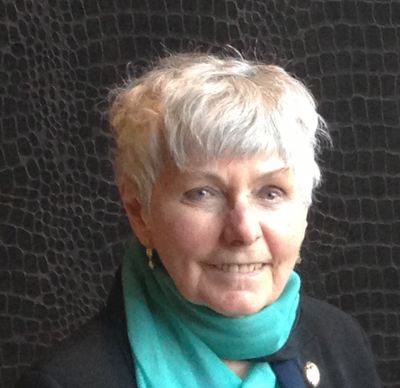 My wife, Sally Mays, who has died aged 88, was a concert pianist, teacher and music editor who was born in Australia but lived most of her life in London.

Her outstanding talents were apparent from an early age. Her parents, Trevor and Dorothy, or “Sunny” (nee Hopkins), were dance band musicians who were determined that she should receive a formal music education to support her love of jazz.

Born in Melbourne, she gave her first piano recitals at the age of 12 and went to the Melbourne Conservatorium, where she was awarded the Clarke scholarship to attend the Royal College of Music in London. She won the Chappell gold medal and other awards, both as a pianist and a composer. She later studied with Irene Kohler and Marcel Ciampi in Paris, and gave the first of her many Wigmore Hall recitals in 1955, the year we married.

For more than 50 years, Sally returned almost annually to Australia to give recitals and broadcasts, and added other cities to what became mini-tours of the southern hemisphere.

She broadcast for the ABC and the BBC, and played at the Proms with the BBC Symphony Orchestra, under Gennadi Rozhdestvensky. She devoted much of her career to works by new composers, particularly from Australia.

Sally formed a musical partnership with the New Zealand composer Barry Anderson, a pioneer of electro-acoustic music, who wrote a series of works for piano and synthesisers for her. She was a founder member of the Mouth of Hermes, promoting the work of the then little-known composers Steve Reich and Terry Riley.

In 1988, she gave a series of 12 recitals of works of Australian composers in Sydney to celebrate the bicentennial of Australia. The following year she joined Sounds Positive, the piano and wind ensemble that specialises in new music and stayed until her retirement in 2017. She was a member of the award-winning Alexandra Trio and the Lavolta Ensemble.

Sally edited four volumes of graded Australian piano music, which were likened by critics to Béla Bartók’s Mikrokosmos. She was an examiner for the Associated Board and an inspirational teacher at all levels of age and ability.

In the 2016 New Year honours list she was appointed a Member of the Order of Australia for her “significant service to the performing arts as a leading solo pianist, accompanist and composer, to music education and as an editor”. Her last public appearance was in June last year at a memorial concert for Jo Cox.

She is survived by me, our two sons, Simon and Jonathan, and four grandchildren.

Your tribute to Sally Cancel reply